Bags, and boxes, of support for Ukrainian refugees!

On 24th February 2022, Russia began its full scale invasion of Ukraine, causing thousands of refugees to flee to the surrounding countries, the main one being Poland, with nothing but the clothes on their backs. On Monday 28th February, we received an email from one of the companies in the building, 1PS Ltd, telling us about a member of their staff who is part of a Polish group here in the UK. They were putting together care packages for Ukrainian refugees who had arrived in Poland, and asked us to spread the word to see if anyone had anything they could donate. 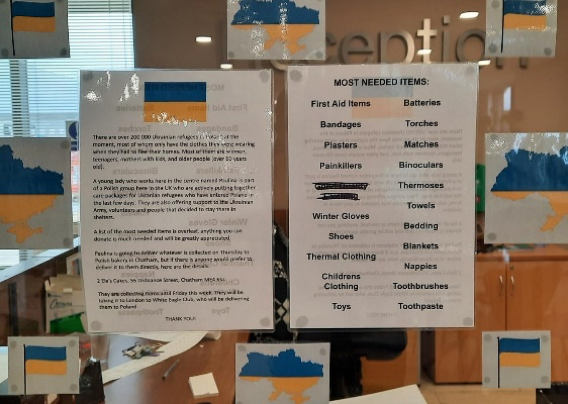 We sent out emails to the building tenants that same day with a list of the most needed items, asking people to bring anything they could spare to Reception to be delivered by the end of the week to Ela’s Cakes, a Polish bakery in Chatham who were taking the collections.

The response was overwhelming.

We sent out the email and put up the posters on Monday, and by Tuesday afternoon people were arriving with bags and boxes of blankets, first aid items, torches, batteries and personal care items. 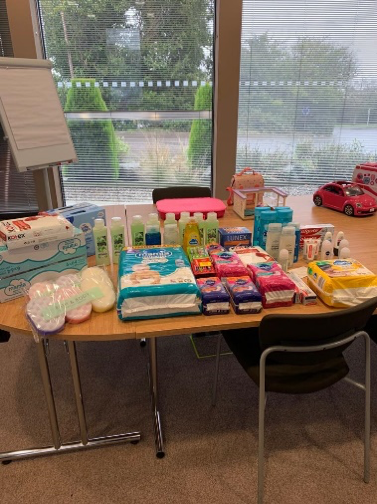 By Wednesday, we had filled our largest conference room with donated items and people were still arriving with more. There were clothes for babies and children, non-perishable food items, nappies, wipes, personal hygiene items, bedding, toiletries, toys and more. We had clothes and shoes with tags on and shopping bags full of things that people had bought new, and we had tenants bringing in toys that their children had chosen to donate.

A few car loads were taken to Ela’s Cakes through the week with even more being dropped off their directly. On Thursday, we had so much left to take that we had to email tenants asking if anyone had a van (and a driver) that they could lend us. Thankfully, the wonderful staff at Hawksafe Ltd, who were already actively getting involved with their own support efforts, offered to help. Everything was packed up and taken to be loaded into the lorry that was headed to Poland at the weekend.

We would like to say a huge thank you to all who donated items, bought necessities and gave up their time to make this happen. We are so proud to have a building full of some truly amazing, generous people who were so ready to support those in need. 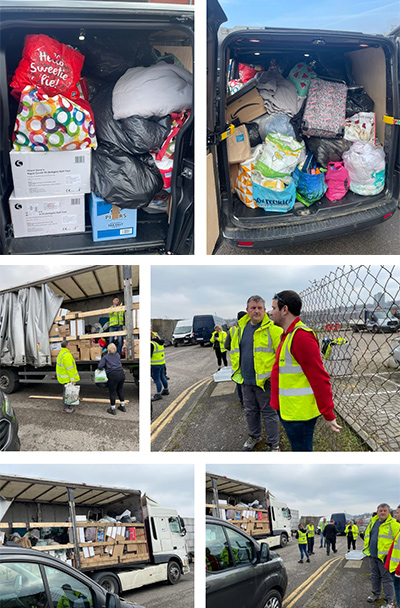